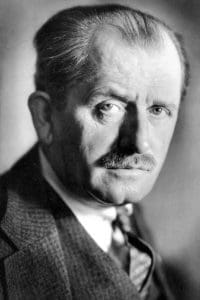 Ferdinand Porsche, as his surname might suggest, was the founder of the Porsche car company. Not only did he establish the brand of some of the most recognizable and revered sports cars in history, but he was named the Car Engineer of the Century. He had it all and more.

Aside from creating Porsche, the famed engineer was the first to create a racing car with RWD and mid-engine setup, which is still to this day one of the best layouts for high performance cars, due to the handling and traction advantages of its amazing weight distribution. Furthermore, Ferdinand Porsche created the Lohner-Porsche, which was the first petrol-electric hybrid in the world. This vehicle had a big influence on the modern Lunar Roving Vehicle, created for the Apollo program by NASA.

He was also the designer behind the Mercedes-Benz SSK, one of the most famous supercars from the late 1920s and early 1930s and fastest car of the era. Finally, Ferdinand Porsche was the genius behind the arguably most successful production car in history – the VW Beetle.

Ferdinand Porsche was born in 1875 in what was then Maffersdorf, Austro-Hungarian Empire and what is now Vratislavice nad Nisou, Czech Republic. His younger years were reserved for classes at the Imperial Technical School in Liberec and helping his father with mechanical work in his shop. At the age of 18 he started working in the Bela Egger Electrical Company, where he developed his first electric hub motor.

At the age of 23 he joined Jakob Lohner & Company, the company well regarded for producing vehicles for Emperor Franz Jozeph I and other royal families from England, Sweden and Romania. This is where he created his first electric vehicle called the Egger-Lohner, which despite a significant problem of the batteries’ weight, was surprisingly efficient for its time. This is why his next creation, the Lohner-Porsche made use of a Daimler’s internal combustion petrol engine serving the generator which powered the electric motors, using just a small battery pack. This highly advanced system significantly reduced weight. The setup gave the vehicle top speeds of 35 miles an hour, enough to break numerous speed records in Austria and win the Exelberg Rally in 1901, with Ferdinand Porsche himself behind the wheel. This kind of success led to Porsche being named Austria’s most outstanding automotive engineer in 1905 when he was only 30 years old.

In 1906 he started working in Austro-Daimler, where he designed the Prince Henry boasting 85 hp, enough to win the first three places in the Prince Henry Trial in 1910. In the following years Porsche continued to advance professionally, even receiving honorary doctorates from the Vienna University of Technology and Stuttgart Technical University, the latter during his tenure at Daimler from 1923. All of his movements from one company to another were owed to professional differences – this is how dedicated and focused Porsche was, being completely uninterested in anything other than the opportunity to develop his designs the way he wanted. He left Daimler in 1929 because they did not want to develop a lightweight car and he moved to Steyr Automobile – a job he lost due to the Great Depression.

The business started as a consulting firm for engines and vehicles and employed some of the greatest mechanical minds of the era, including designer Erwin Komenda. He designed many of the famous models, including the Porsche 356, and remained chief engineer of Porsche until his death in 1966. Komenda left his job at Daimler-Benz, a company at the top of its game, to join Ferdinand Porsche on his new project with a highly uncertain future – such was Porsche’s influence and reputation.

After several commissioned works and race cars such as the P-Wagen, a mere 750 kg formula car, a whole new programme came from none other than Adolf Hitler, who pledged to make it possible for every German to own a car or a tractor. This meant that the vehicles needed to be capable and reasonably priced, leading to the creation of the VW Beetle.

Porsche was contracted by Hitler to create the people’s car, which, after several years of development, brought the first production Beetle in 1938. This brought several changes in Porsche’s life. After designing the Beetle, he became something of a celebrity and Hitler needed to make him a part of Germany’s excellence, so the Czech-born Porsche was urged to apply for German citizenship and give up his native one. The same goes for his membership in the National Socialist German Workers’ Party, even though Porsche was completely apolitical and dedicated to his work only.

Porsche worked on the design of several tanks and an extremely successful anti-tank vehicle nicknamed “Ferdinand”. However, war conditions proved an obstacle for advanced and complicated engineering and maintenance. After the war, Ferdinand Porsche was arrested by the French and put into prison, his son Ferry kept the company running. As Ferdinand was released from prison, the company started building the Porsche 356, the first ever Porsche car. The first 49 of them were made in Gmund, before the company moved back to Stuttgart in 1949. They had big problems with funding, due to the American embargo, but the incredible success of the 356 and royalties for the Beetle Type I put Porsche in an excellent financial situation.

Ferdinand Porsche did not live to see the success of his company’s most successful model however. He died in 1951, 12 years before the classic Porsche 911 appeared. But the 356 was a true predecessor to the legend, featuring several design and engineering solutions that are present to this day, including the recognizable styling and RR layout.

Despite the fact that Ferdinand Porsche’s fame arises from the company bearing his name, his biggest achievements happened long before Porsche became the revered company it has. Creating Volkswagen, the first petrol-electric hybrid, some of the most amazing and advanced race cars ever and the first RWD, mid-engine car, Ferdinand Porsche did more than enough to secure his place in automotive history that not even his WW2 dealings could smear. In 1999, at the turn of the century, he was named the Car Engineer of the Century, coming out in front of the likes of Bela Barenyi, Karl Benz, Goettlieb Daimler, Rudolf Diesel, Henry Ford I, Rudolf Uhlenhaut and Felix Wankel.