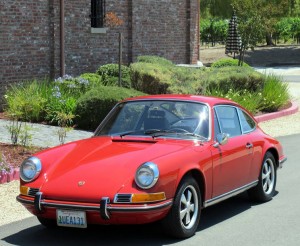 One of the longest running models, with huge changes made to it over the years, the Porsche 911S for sale is a sure conversation starter for any car collector or fan of the Porsche and Porsche 911 lines.

Porsche are known for their high end sports cars and trustworthy designs, so you know that they mean business when they call a car their flagship model. The Porsche 911 model is that car. Introduced in the early 1960s, the Porsche 911 is an ever changing but consistently solid piece of machinery, never departing from its core ideal of a two door sports car with high end specifications and iconic italic design.

In 1966 Porsche introduced the Porsche 911S, an enduring model that would last over a decade where many other 911 models only had production periods of two to four years. The S, as you may be able to guess, stands for Sport. This meant that the S was hugely more powerful than other Porsche 911 models, and that in future iterations of the 911S, it would often be the first to get cutting edge technical upgrades from bigger engines to fuel injection systems. Above all, this meant that the Porsche 911S for sale was a model that would become feared on race tracks around the globe; from the Porsche headquarters in Stuttgart to big name races such Le Mans.

But whilst the long running nature of the 911S meant big things for technical specifications in the model, it meant sacrifices for the design as the Porsche style changed over the years. This makes the 911S a difficult car to spot, with some models opting for flatter bonnets and body work. However, many of the more rounded iterations 911S have the iconic raised headlights that are found in many classic Porsche 911 models for sale. In all models past 1974, impact bumpers were introduced across the range to comply with US safety laws. Whilst this meant that the bumpers were more secure, it didn’t have a huge impact on the designs of the cars, as manufacturers worked to disguise the upgrade within some of the bodies of 911 models.

Despite its varying forms, the classic Porsche 911S for sale is a big slice of Porsche history, as well as always being a machine that can prove its worth on the race track – and it is for these reasons that the Porsche 911S should be a staple in any Porsche collection, or indeed any serious sports car collect