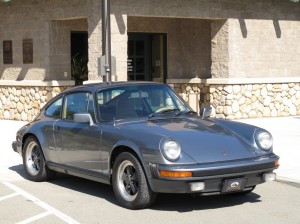 The Porsche 911SC for sale (or Super Carrera) was introduced in 1978; the model was in production for just five years, with overall sales totalling nearly sixty thousand units altogether. It was a true sports car, with its three litre engine producing 180bhp (204bhp in later models), a five-speed 915 transmission and Bosch K-Jetronic fuel injection. The 911SC replaced the 911 Carerra 3.0 and added an exhaust air pump to assist in emission regulation and had servo-assisted brakes. It was the model, some say, that saved the iconic 911 model and paved the way for later successes. At the time of its production, the Porsche 911SC was the only production model to be normally aspirated.

One distinguishing feature of the Porsche 911SC was the decision to produce it in a convertible variant as the 911SC Cabriolet – the first open-topped Porsche since the iconic 356. The Cabriolet, available for the first time in 1982, proved to be immensely popular and was declared by Porsche to be ‘the fastest convertible in the world’. Such a bold claim led to huge demand for the model, with a waiting list of over a year.

The Classic Porsche 911SC for sale was designed not only for driving enthusiasts but for a more discerning customer who valued reliability and driveability. To increase durability, Porsche introduced a fully galvanised body shell – one of the first manufacturers to do so – to make the model more appealing to drivers living in regions where corrosion could be a problem. There were a number of refinements and enhancements over the production life of the model, inside and outside.

The classic Porsche 911SC for sale remains a popular and desirable model and the market remains buoyant. The concessions Porsche made in its design to the idea of producing a ‘world’ car and the variety of body shapes (coupé, Targa and cabriolet) means that the car is available in a configuration to suit a number of different driving aims. They can be found, in excellent condition, at relatively low prices, yet offer all the performance and styling advantages that Porsche enthusiasts require. Parts are also relatively straightforward to come by, and the model retains its value well. The 911SC for sale that has been prepared carefully is also a fun car to drive, one that you can drive at the limit on a track day or will continue to give you years of solid, dependable service on the roads.