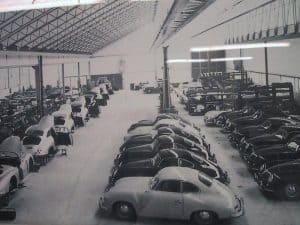 Porsche production cars have always been somewhere in the middle of a track beast and a street car. Perhaps this is most evident when we look at the GT2 and GT3 models which despite being street cars, are usually stripped of luxury and tuned for performance, rather than practicality or comfort. Simply put, these are track cars for the road. Similarly, Porsche cars are famous for being unbelievably reliable. Given that an incredible 70% of all Porsches ever made are still on the roads, it is not surprising that vast majority of racing victories came in long distance racing. This kind of success led Porsche from a small company creating engines for race cars to the world’s most prolific manufacturer of race cars in the 21st century so far.

The beginnings of the Porsche racing story could be found in the lower class races, where the cars had less power than some of their competitors, but snatched victories due to their aforementioned reliability, aerodynamics, lightweight body and incredible handling characteristics. The best example of these early victories were the Targa Florio wins in 1956, 1959, 1960, 1964, 1966, 1967, 1968, 1969, 1970 and 1973. The mid 1950s also saw the making of dedicated Porsche racing cars, as opposed to tuning the Porsche 356 for racing purposes. With engines growing progressively in power and displacement, quickly followed by other mechanical and technological advancements, Porsche cars rose steadily from being runners up, to winning almost every race entered. 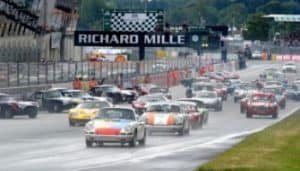 The Circuit de la Sarthe is the venue for the oldest endurance race in the world, focusing on the combination of ultimate reliability and sporty characteristics, rather than sheer speed. Since the cars were compete at the highest of speeds, for a very long time and on unmaintained public roads, the 24 Hours of Le Mans puts the cars and constructors to the ultimate test of reliability. Due to the sheer strain placed on the competing cars, the 24 Hours of Le Mans is one of those endurance races that pushes the entire industry forward.

Porsche has been incredibly successful in this race, winning the highest number of times with various cars and in various eras, including several very surprising victories, such as the ones in 1996 and 1997. The first victory came in 1970 and it was followed by another one the next year. In fact, most of the wins were consecutive comprising of two, three or the record-breaking seven wins from 1981 to 1987. The total number of wins amounts to 17, which is significantly more than Audi, the runner up with 13 wins. Porsche’s last victory was in 2015. 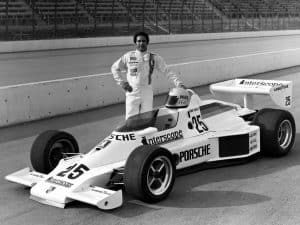 The first entry into Formula One came with the Porsche 718 RSK in 1961. The car was reasonably successful in Formula Two in the late 1950s, but by the time they reached higher class Formula One, they were outdated and not very competitive.

In 1962 they started using Porsche 804 with a new boxer eight-cylinder engine which snatched the only victory for Porsche in a championship race at the 1962 French Grand Prix. However, at the end of the year Porsche had to retire from F1, due to the financial strain of competing combined with the purchase of the Reutter factory at the same time.

When turbos came into play, Porsche returned to F1, but only to supply an engine for the McLaren team. This happened in 1983 and Porsche had to drop their usual flat engines for being too wide, instead using a V6 turbocharged engine. Despite never being the most powerful, these cars won two constructor championships in 1984 and 1985, as well as three driver championships in the same two years as well as in 1986, with a total of 25 wins from 1984 to 1987.

Porsche returned as an engine supplier in 1991, but with terrible results. Since the Footwork Arrows cars were powered by a very heavy, underpowered, oil-thirsty double V6 engine, they failed to score any points that year.

Aside from a large number of amateur races in which Porsche cars snatched a swathe of victories, Porsche also had a lot of success in some of the most notable championships and races in the world. Porsche’s tally of winnings include a total of 20 World Sportscar Championships, 3 IMSA Supercar-Series and 15 IMSA Supercar-Race, 20 European Hill Climbing Championships, 18 12 Hours of Sebring, just as many Daytona 24 Hours, 11 Targa Florio, 4 Rallye Monte Carlo and two Paris-Dakar Rally titles.