The Top 5 Rarest Classic Cars of All Time

We all have a special place in our hearts for classic cars, don’t we? Their designs possess a timeless beauty that never ceases to captivate us. Of course, some classic cars inspire even more awe than most, thanks to their rarity. With that in mind, we’ve compiled a list of the rarest and most desirable classic cars available. So fasten your seatbelt and prepare for a drive through automotive history! 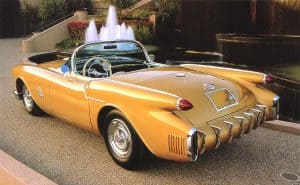 The first car on our list was manufactured by General Motors during the Golden Age of Rock ‘n’ Roll. What’s more, its sleek outline and open-top design make it look (appropriately) like the kind of car that would belong to a rock star. However, it’s not just a good-looking vehicle. With its V8 Rocket engines, the F-88 has an impressive 250hp, which makes it a joy to drive. Sadly, only four F-88s were ever built; if you want to get your hands on one, you’ll have to pay around $3.5 million (around £2.2 million). 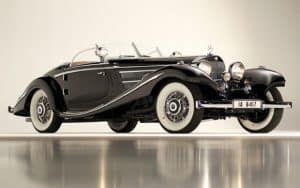 The Mercedes Benz 540K was a rare and luxurious model in its own right. However, the manufacturer went one step further and developed the Special Roadster variant. The 540K Special Roadster is slightly more common than the Oldsmobile F-88: Mercedes Benz made a total of twenty-six Special Roadsters. Boasting a distinctive, art deco aesthetic and Mercedes’ usual high standard of craftsmanship, a special 540K will set you back over $11 million (around £7 million). 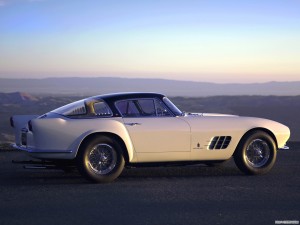 Only ten of these gorgeous automobiles ever rolled off the production line. They combine Ferrari’s sensual aesthetic sensibilities with the power of 350hp V-12 engines. If you want one, you’ll need to have a spare $3.6 million dollars (approximately £2.3 million) in your pocket. 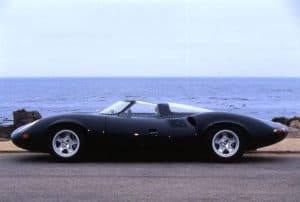 No list of rare cars would be complete without a mention of Jaguar’s one-of-a-kind race car. While it bears similarities to both Jaguar’s D-Type and their E-Type, only a single bona fide E2A was ever produced. It was (and is) an irrefutably beautiful machine. It combines Jaguar’s signature refined, flowing lines with a powerful, somewhat rocket-like outline. What’s more, its fuel-injection system means that it’s as fast as it looks! It’s currently valued at just under $5 million (around £3.2 million).

The final spot on our list belongs to the rarest and most valuable car in history. Like Jaguar’s E2A, only one Phantom Corsair exists. Unlike the E2A, however, the Corsair bears no resemblance to any other vehicle: it really is completely unique. Its ‘retro-futuristic’ aesthetic makes it look more like a car in a sci-fi film than something that was produced in 1938. It features electronic doors, an altimeter and a full drinks cabinet at its rear. It’s uncertain of how much it would fetch if it was ever put up for auction. However, it is virtually guaranteed to sell for a higher price than any other vehicle on this list.

Our affection classic cars seems to be as timeless and enduring as the vehicles themselves. With cars like the ones on this list available, though, that’s hardly surprising.