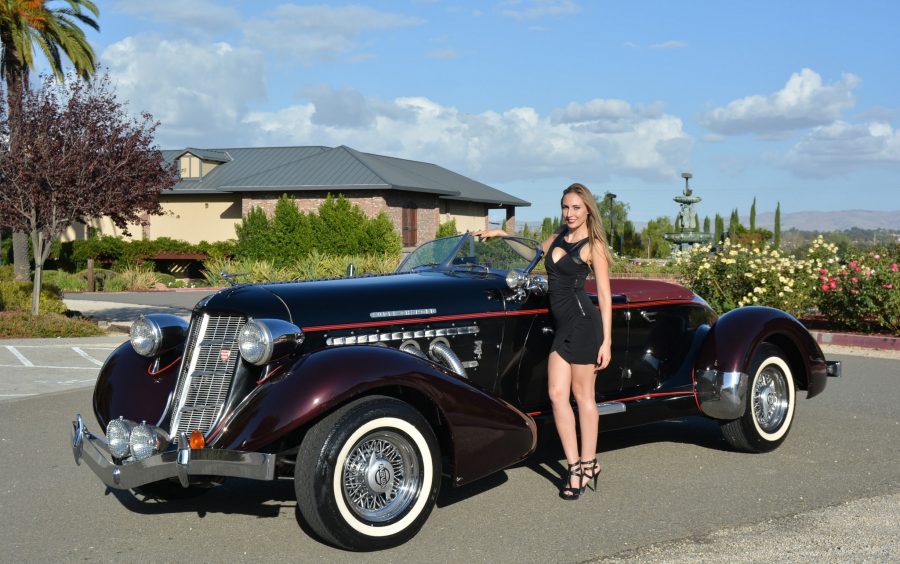 The Auburn Automobile Company closed it’s doors in 1937. The Company and it’s remaining parts inventory were purchased by Dallas Winslow, a Detroit entrepreneur in 1938 for $85,000 plus an additional $25,000 for the Auburn administration building. This newly acquired company was renamed the Auburn-Cord-Duesenberg Company. Buying up bankrupt manufacturing companies was Mr. Winslow’s forte. Dallas Winslow would eventually own over 300 such companies. Mr. Winslow would continue to operate these old businesses as parts suppliers. The Auburn-Cord-Duesenberg Company (ACD Co.) would not only offer replacement parts to the now orphaned car owners, but would also offer service work. Later on, restoration work would be available at the original Auburn, Indiana factory by former Auburn employees.

The ACD Co. would continue to operate in this manor until an Oklahoma industrial arts teacher and Cord restorer, by the name of Glenn Pray, offered to buy the ACD Co. With financial help from friend Wayne McKinley, Glenn would eventually strike a deal with Dallas Winslow. The remaining inventory of ACD parts were packed up and moved to Broken Arrow, Oklahoma. According to Glenn Pray’s estimate, he thinks that they transported 700,000 pounds of parts. Glenn Pray had actually purchased much more than just parts. He now controlled the trademark names, Auburn, Cord and Duesenberg.

Once the ACD Co. was moved to Oklahoma and set up, it began offering parts and restoration work again. It was not long after the move that Mr. Pray had thoughts of putting the 1936-1937 Cord back into production. He did just that… A newly engineered front wheel drive Modern Cord 8/10 was available from the ACD Co. in 1964. Gordon Buehrig, the cars original designer, worked with Glenn on the design of the new 8/10 Cord (8/10 meaning eight tenths the size of the original Cord).

I will not attempt to tell the “New” Cord story, nor could I tell it as it deserves to be told. Glenn’s accomplishments and the 8/10 Cord story have been highlighted over the years in many major publications. Automobile Quarterly has written several interesting Glenn Pray articles. An award winning film festival documentary, “Prays Passion”, was released a few years ago on DVD. It is a must see for any Auburn-Cord enthusiast. The book entitled “Glenn Pray-The Man Who Brought Legends to Life” by Josh B. Malks has recently been released in limited printings. The book was four years in the making and is an excellent read.

After Glenn’s involvement with the Cord ended it would not be long before he turned his attention and energy’s towards building a Modernized Version of the 1935/851 – 1936/852 Auburn Speedster. Engineering started in 1966. An original Auburn Speedster body was purchased. The body was disassembled and all of the body components were restored to their original condition. These parts were then modified to be used for mold making. The molds were used to make an exact copy of the original body. This new body was then modified to be installed on a modern Ford convertible chassis with a wheel base that was extended to 127″. Ford Motor Company provide the engine, transmission and rear axle assembly to be used on the Auburn prototype. Ford agreed to furnish parts for the production cars at OEM prices.

The prototype Speedster was completed in April 1967. The first public showing was August 1967 at the annual ACD Club meet in Auburn, Indiana. The car was then road tested for forty thousand miles. Only minor modifications were needed for the production Speedsters. The New Auburn, to be known as the 866 Speedster, was made available to the public in 1968. The New Speedsters were priced at $8,450. The 1968 production cars were equipped with a big block 428 Ford engine, your choice of either an automatic or four speed transmission. Functional supercharger style exhaust pipes, 2 pipes per side, were standard equipment. Power Steering, Power Brakes and Air Conditioning were just a few of the modern conveniences being offered on these cars. The cars weighed an estimated 3,000 pounds with a perfect 50-50 weight distribution that was achieved by setting the engines back 16″ from Ford’s original chassis layout. At the time it was estimated that the first 100-125 Speedsters could be trimmed out in original NOS (new old stock) Auburn parts that had been acquired with the ACD Co. purchase. The 866 Speedsters were produced through 1981. Glenn built 138 Auburns in his factory and sold an estimated 90-100 Speedsters that were in various stages of completion. By the early to mid 1970’s the 866 Speedsters were selling for $16,000-$18,000. In their final years of production, the cars were priced in the low $30,000 range

Not Speedsters, but equally beautiful cars are the Auburn 874 Phaetons that were also built by Glenn Prays’ ACD Co. The car is a stretch dual cowl, dual windshield Auburn Speedster, less the boattail. The rear of the car was inspired by the 810/812 Cord. I met Glenn in 1978 at the ACD Club meet. He was delivering a then new, Maroon 874 Phaeton to it’s new owner. The car was unbelievable, it drew a crowd all weekend. The concept and development of the 874 Auburn Phaeton is another very interesting story and is covered in both the Book and the DVD mentioned earlier. Glenn Pray ended Auburn production in 1981 due to health reasons. There were only 18 of these car fantastic cars produced. The 874 Phaeton’s sold in the $45,000 to $60,000 range.

Glenn Pray still offers parts and restoration services from his Auburn-Cord-Duesenberg Co. I was last there in 2005 for Glenn’s Annual Open house, usually held in May or June. All ACD cars are welcome, regardless of their original manufacturer. Glenn Pray is a great host. Glenn’s personal museum of vintage anything and everything is open. His collection is displayed on two levels. Don’t forget to bring your camera. You will definitely want to tour the old factory and parts warehouse. The whole experience is like a trip back through time. The original Auburn factory parts bins are still there with plenty of parts. The bins and cabinets still have the original Auburn Automobile Company part numbers and descriptions on the drawers. There are literally ton’s of used and NOS (new old stock) parts stored away. I saw, still new, parts wrapped in the 1960 newspaper used in the move from Auburn, Indiana. There are always interesting restoration projects in Glenn’s shop along with a lot of great stories.

Glenn’s great success with his Auburn 866 Speedster spawned many copy-cat Auburn Speedster companies to start up. None, that I am aware of, had Glenn’s blessings. I have touched on some of these other companies elsewhere on this website.

Glenn_Pray_Book_Auburn_Cord_ Duesenberg_Company
Glenn Prays Book “The Man Who Brought Legends to Life” is available in the Swap Meet area of this website along with the DVD “Prays Passion”. Both are very informative and are must haves for the Auburn Cord Duesenberg enthusiast. 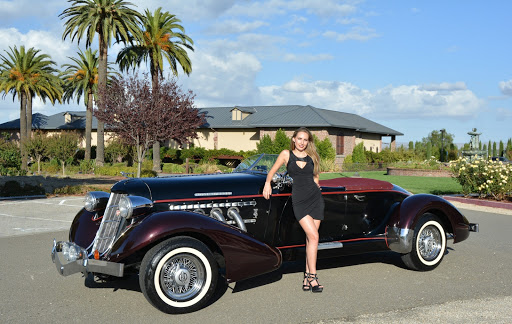