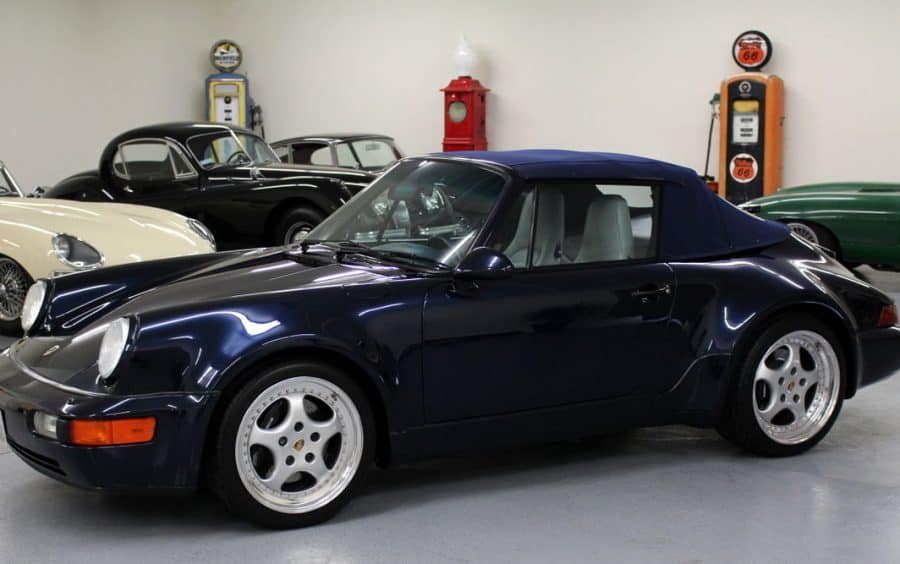 1992 Porsche 911 Carrera 2 Cabriolet “America Roadster” for sale – 1 of 250 factory production Roadsters made in 1992 and 1993.  A genuine low-production Porsche model with superb factory styling features.  Beautiful color combination: Midnight Blue Metallic code F8V8 with Light Grey full leather interior, per Porsche’s Certificate of Authenticity (attached).  Garaged and serviced regularly, 58,115 miles since new.  Clean in and out, runs and drives well.  This car revives the legend of the 1960 to 1962 Porsche 356B Roadster, essentially a later version of the legendary Speedster models which ended production in 1958 (the 1959 version was called the “Convertible D”).  This succession from the Speedster to the Roadster was repeated with the transition from the 1989 Porsche Speedster to the 1992-1993 Porsche America Roadster.  We are a licensed California dealer: California retail buyers will be responsible for tax and license fees.  Overseas buyers are welcome: We work closely with a local overseas shipper in San Leandro, California, who offers competitive rates.