Porsche 356B For Sale- Continuous Refinement

A YEAR-BY-YEAR HISTORY OF THE PORSCHE 356B For Sale 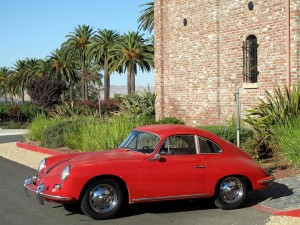 The Type 5 (T-5) Porsche 356B for sale was unveiled at the 1959 Frankfurt Auto Show, much to the chagrin of some enthusiasts and the delight of others. The Porsche 356B for sale was again offered as a Coupe or Cabriolet model, but the beloved Speedster was no more. In its place was the Convertible D (named after the Drauz of Heilborn plant which produced the unitized steel convertible bodies) which was designed with a higher windshield for added headroom and roll-up windows instead of side-flaps. It featured notable evolutions in appearance from the Porsche 356A for sale, including a facelift on the front exterior. Erwin Komenda, Porsche’s Chief Engineer, designed a safer elevated front bumper with much larger bumper guards and the rear bumper was designed in similar fashion. More upright headlamps made straighter fenders a necessity and the lower front sheet metal seemed to bulge with a pair of brake-cooling fins cut out just below the bumper (to match to pair above the bumper). A long, ornately chromed hood handle and protruding bullet shaped parking lights completed the package.

Interior modifications were few. Rear seats were lowered to increase head-room and given split backrests so that three persons and extra luggage could be carried. All three models were fitted with front vent windows and defroster vents were placed on the dash.

The most notable performance enhancement of the T-1 was the 1600cc Super 90 (S90) engine, with 90 horsepower and a top speed of 116 mph.  It gained a loyal following among Porsche enthusiasts for its rugged durability, quick acceleration, and increased torque. The Super 90 had the capacity to handle 800 more RPMs than the other 1600s, due primarily to its unique fresh air engine cooling design, larger diameter crankshaft main bearings, a lightweight flywheel, stronger valve springs, sodium-filled valves, a counterweighted crankshaft, and Solex P-II carbs. The S90 featured a much anticipated oil pickup system, which allowed the oil pump to provide oil to the bearings even during extreme cornering circumstances. Also available were the 1600cc Normal and 1600cc Super (sometimes referred to as the Super 75 because of its horsepower rating). 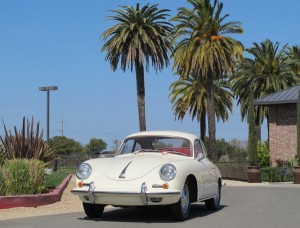 Karman Coachworks is contracted to build a “hardtop” which will be welded to the Porsche Cabriolet body, creating what was called the Karmann Hardtop (Porsche aficionados nicknamed it the “Notchback”). It was produced for two years, 1961 and 1962. The Coupe and Cabriolet remained in production, as well as the Roadster which replaced the Convertible D. All models were available with your choice of the three 1600cc engines, yielding a total of nine vehicle configurations.

In 1961 Koni brand shock absorbers were standard equipment on the S models, as was the addition of a camber compensator (a transverse leaf spring), and thinner rear torsion bars. 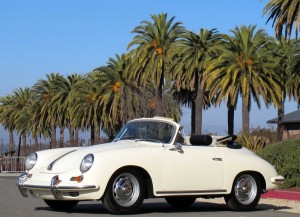 The Type 6 body was unveiled. Exterior improvements were scarce and included a larger engine cover which featured twin grilles and was lower and flatter. Underneath a flap on the right front fender an external fuel filler-neck appeared and a cowl vent was added in front of the windshield. 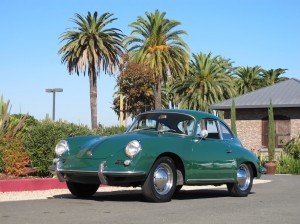 Porsche begins negotiations with Reuter Coachworks to conclusively merge their collaborative operations under the umbrella of one corporation. The Roadster was dropped, leaving the Coupe and Cabriolet models, which were available with a choice of either 1600cc engine. Development of the 356C resulted in its unveiling at the 1963 Frankfurt Auto Show.

The classic Porsche 356 for sale was extremely popular with consumers, and none more so than the 356B. It was, by far, the best selling version; totaling nearly 31,000 units sold worldwide. It continues to be heartily sought after by collectors, today.