We're Dusty Cars, California's leading classic car buyer and restoration specialist. We offer the best prices, no matter what condition your car is in.

If you've got a classic car for sale, get a free valuation and cash offer for it now!

Get a free valuation and cash offer for it now!

Give me a cash offer

Only an evaluation by a qualified expert in Porsche makes and models can really let you know what it’s worth. In fact, our team is ready to make a cash offer on any 1965 Porsche 911, so the best step is to reach out for a free call on your vehicle. If you want to sell it fast, Dusty Cars can help you get the best price based on what your 1965 Porsche 911 is worth. Bassed in Northern California, we service all of California – from San Francisco to Los Angeles, San Jose to San Diego, Sacramento to Riverside as well as everywhere in between. We’re also strong in Nevada (Las Vegas, Reno), as well as Oregon (Portland) and as far north as Washington (Seattle). But really these vehicles are so incredible, we’re interesting in buying your Porsche 911 whereever you are in the United States!

Our goal at Dusty Cars is to give you the “best price” for your 1965 Porsche 911, meaning the most reasonable price based on its condition, location, and other factors. We don’t necessarily need to “see” the vehicle in person, although our dealership is located in Pleasanton, California, and we are willing to see many vehicles that are within a 300 mile radius of our dealership. That said, we can exchange videos, photos, and other information over the Internet. In many cases, we will be willing to travel to see the vehicle if necessary. In quite a few, we can give a cash offer based on the information we have exchanged over the Internet. 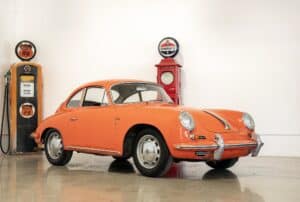 If you’re interested in pursuing this further, please contact us. Have ready the mileage of the vehicle, basic facts on its condition (interior and exterior), and photos if possible of the interior or exterior. Don’t hesitate to call first as we can walk you through what we need to appraise the vehicle and give you a cash offer. It’s going to depend on those factors, but once we have them, we should be able to provide an offer. Or, if necessary figure out the next best steps.

As we are sure you have probably realized, there are resources on the Internet that can help you learn more about this storied vehicle, the 1965 Porsche 911. Here are a few of our recommendations:

It’s a lot of fun to “educate yourself” on the storied history of this Porsche 911.  1965 was a “very good year” indeed. But regardless, reach out to the team at Dusty Cars for a free evaluation and offer. We offer cash prices and make it easy for you to “sell your 1965 Porsche 911” to us. Find out what it’s worth and find a classic car buyer who will buy your 1965 Porsche 911 fast and easily.

A half-century ago, the war in Vietnam was escalating, the space race was in full swing, the Rolling Stones were on a world tour, the bravery of those who marched to Selma led to the passage of the Voting Rights Act, and the St. Louis Arch was completed. The United States occupied the Dominican Republic, Malcolm X was assassinated, NASA’s Mariner 4 flew by Mars, race riots erupted in Watts, California, and Muhammad Ali defeated Sonny Liston. Let me take you 50 years into the past now, for a photographic look back at the year 1965.

Click on the manufacturer to see the specific models we buy

Why Sell to Dusty Cars?

We pay high, fair prices because we love restoring cars to their former glory!

We Buy Cars in Any Condition

We've Been in The Business Over 20 Years

We Don't Just Flip Cars, We Restore Them

We Travel Nationwide to Come to You